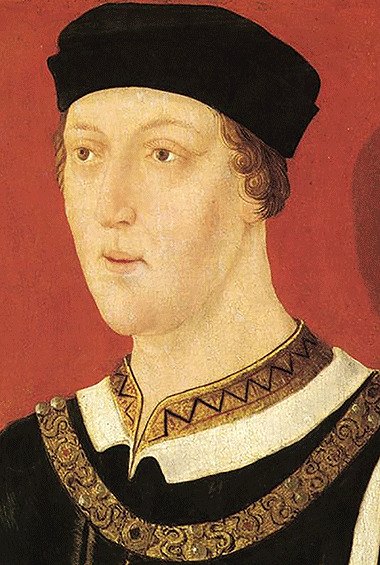 The Patent Rolls produced in the Middle Ages tell us about grants and agreements coming to the notice of the crown. They touch on people and places throughout the realm and, just occasionally, the name of Steyning appears.

On 7th July 1450 the Rolls record a long, long list of people, very largely from the south of England.

They, together with a further 23 local men from Ashington, Washington and Warminghurst - husbandmen, labourers, a cooper, a carpenter, a weaver and two gentlemen - were granted a ‘General pardon at the request of the Queen, though diverse people in great number in diverse places of the realm and specially in Kent and the places adjacent, of this our presumption, gathered together against the statutes of the realm to the contempt of the king’s estate’.

The king was Henry VI and, at a time of agricultural depression when there was dissatisfaction with their remaining obligations to their lords, these men had joined with Jack Cade’s Kentish followers in rebellion.

It had started with fairly restrained demands saying ‘we blame not all the lordys ... ne all gentyllmen, ne yowmen, ne all men of law, ne all bysshops, ne all prestys, but all such as may be fownde gylty by just and trew enquiry and by the law’.

But 15,000 men marched on London and, after defeating the king’s forces in an initial engagement and with support from London’s citizenry, the authorities felt compelled to grant this ‘general pardon’. Unfortunately, Jack Cade had insufficient control over his men and their looting turned the citizenry against them. The king’s forces regrouped and Cade’s men fled in disarray, he himself being killed. Within a few days the pardon had been voided.

What followed was that royal forces hunted down those Sussex men who had been granted a pardon and either imprisoned or hung them. This prompted an immediate and a much more radical response. In East Sussex rebels demanded that Henry be deposed, all lords and higher clergy be killed, and that 12 of their own number be appointed to rule the land. Henry, they said, ‘was a natell [natural] fool, and wold ofte tymes holde a staff in his hands with a bird on the ende playing therewith as a fool…’

In August, one William Howell, in West Sussex, encouraged men from the towns of Chichester, Bramber and Steyning to join him th in rebellion, and asked that constables and their men meet him after ‘Seynt Bartolomew’s day’ (27 August).

It was not to be. The authorities must have caught up with them because on 30th October 1450 it was stated that ‘at Stenynge, Brembre and Vitelworth, William Pendere, rector of Selsey, with other traitors, rebels and other enemies of the king there and elsewhere in Sussex, plotted the destruction of the king and the realm and agreed that they and other traitors, heretics and lollards should take upon themselves the power and rule of the realm and destroy the lords spiritual and temporal, specially such who resisted, and waged war against the king at the said places, saying that within a short space they would number 10,000 men and proposing to hold all things in common contrary to the laws and customs of the realm used and approved from all time.’

Traitors they would undoubtedly have been in the eyes of the law. But the changes the traitors proposed - destroying ‘the lords temporal and spiritual’ and ‘holding all things in common’ - were so egregious that they felt the need to tar them with the brush of heresy and lollardry as well. Lollards, originally followers of Wycliff in the 14th century, although a diminished force by 1450 continued to be seen as a threat to the established church and therefore one to be denounced.

It is a part of Steyning’s story that is not often told.
Share this article