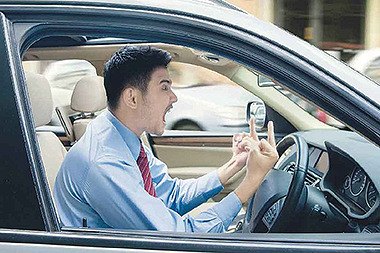 Cars in themselves aren’t dangerous

During the first lockdown of 2020 I remember being delighted when I saw birds of prey edging into town. Carrion on the Horsham Road being picked at by sea eagles or something.

Then I saw another rarity: a family of wobbly cyclists - who after all are just people riding bicycles – edging up the High Street. The only thing that had changed of course was that there were hardly any cars on the road. Then the cars came back and the families disappeared.

Cars in themselves aren’t dangerous – it’s just when they are driven impatiently that accidents happen. ‘I’ll just nip past this guy while there’s a bit of space. Oh no hang on there’s a lorry coming. Too late I’ve committed. Oops that was a bit close’. It’s these close passes and near misses that instil the fear that makes bike riders wear high-vis gear, use lights during the day, even have cameras on our bikes to record this kind of stuff and pass it rather pointlessly on to the police.

Even worse, it makes parents keep their kids at home instead of letting them venture off by themselves to the beach or even to their friends’ houses. Drivers’ – shall we call them ‘car-ists? - impatience leads to fear amongst bike riders and their parents. My mother still worries about me and I’m fifty this year.
The safest way to ride – according to a Bristol University study - is in the middle of the left lane, wearing a dress, helmet-less, looking a bit unsteady. The fear is then instilled in the car drivers; they slow down because there seems to be a real danger of a collision, which of course nobody wants. This is the thing: when you hear a car behind you and look round to see a huge snarly modern Mercedes grille right up your backside, it looks like a monster that’s just dying to eat you. But really, behind that aggro design is just a normal person – empathetic, caring, considerate, kind – who would be mortified at the thought of hurting you.

The latest iteration of the Highway Code has gifted pedestrians – people just walking around on their own two feet - with ultimate priority on the road. If we can all think of drivers as just pedestrians in cars, and cyclists as just pedestrians on bicycles, it might put a brake on the impatience and dispel the fear that is keeping a lot of people – like the family I saw – cooped up inside like caged birds.