How Much Water Is Really Used In Food And Beverage Production? 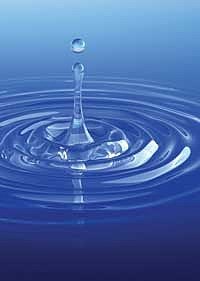 While these efforts are important, they ignore one of the biggest water-use culprits found in virtually every household: Food and Beverages.The production of food and beverages is a water intensive process. According to the Water Footprint Network, a single apple requires an average of 33 gallons of water to grow.

Here’s what other common food and beverage products cost in terms of water consumption according to the Water Footprint Network.
http://waterfootprint.org/en/resources/interactive-tools/product-gallery/

Beef: Beef is one of the biggest water-use culprits in the food industry, and is one of largest amongst meat products, utilizing an average of 1,845 gallons of water per pound of beef produced. Ninety-nine percent of the water used is for animal feed, with the remaining 1 percent coming from drinking and service water.

Bread: Bread created from wheat flour has a global average footprint of 218 gallons of water per pound. Most of that water use, about 80 percent, is due to the flour that is derived from the wheat, so the exact water footprint of bread depends on the origin of the wheat and how it was grown. From 1996 to 2005, global wheat production contributed 15 percent to the total water footprint of crop production in the world.

No comments have been submitted yet.
Why not be the first to send us your thoughts

Thank you for your comments, they will appear shortly once approved.
Recent Posts

Get vaccinated to protect yourself and your community.November 10th, 2020